Lionel Messi and Sergio Aguero might be sharing a room together when they aim to take Argentina to victory during the 2014 FIFA World Cup, but in a new FIFA 15 gameplay trailer we see Messi scoring the last goal in a fan infused video focusing on the passion of this game.

Other players going on to score within the gameplay teaser include Zlatan Ibrahimovic who plays for Paris Saint-Germain, currently rumored to be considering a transfer to Major League Soccer, and Liverpool FC’s Luis Suarez. The LFC player is currently working three times as hard, which is thanks to wanting to be totally fit for Uruguay’s World Cup. 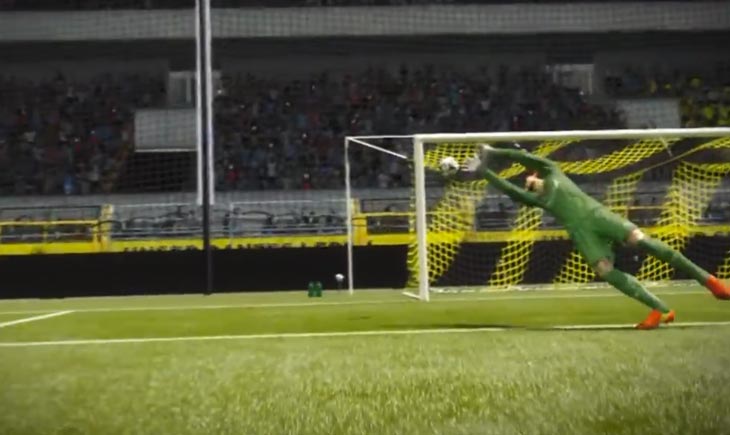 We’ve embedded the first FIFA 15 gameplay trailer below this article that showcased on the night before E3 2014 on EA Sports FIFA channel. The video really focuses on the passion of football from the fans perspective, with a number of big named players featuring but only Messi, Ibrahimovic, and Suarez scoring during the trailer.

It’s going to be interesting to see if the improvements and realistic player reactions will feature on all platforms, or if Xbox One, PS4, and PC gain a lot more with FIFA 15. The next game has a release date of September 23rd in the US, then Europe follows 2 days later with the UK seeing a launch last on the 26th.

What do you really want to see change with FIFA 15? As we mentioned above and the FIFA 15 trailer reveals, atmosphere will be a big deal in the next game and you will notice this between stadiums. Other enhancements will include proper tackling, and smarter football players that also react to incidents around them.