Yesterday marked the announcement for the ‘Let’s Talk iPhone’ event, which has been scheduled by Apple for October 4th. It is an event that has been highly anticipated, which will see the iOS 5 and the even more anticipated iPhone 5 discussed. It is also thought to be where the company will in fact unveil the release date of the iPhone 5. Or are we getting ahead of ourselves?

There’s nothing so far that says there will definitely be an exact date given, in fact the only thing we really know for certain is the fact that the iPhone 5 will be released, at some point. Anything else is merely predictions. The event doesn’t even specifically mention the iPhone 5 either, as Mashable explains; it simply promises there’ll be talks about the iPhone.

While nothing else is certain, these predictions have not just materialized out of thin air, there is actually some educated guessing going on. In the past events like these which Apple have announced, have actually revealed specific release dates. One educated guess that is looking to also be true, which we discussed in our previous article about the event, is the release date for the iPhone 5 being October 14th. The event kicks off 10 a.m. Pacific time.

The article at Mashable goes on to list the other key subjects and revelations which they think will be discussed at the event. These include some obvious ones like the iPhone 5 will be faster and have better cameras and a better screen. Other topics that they think will be discussed are the new physical design of the device, whether or not it will include 4G and whether it will feature voice recognition. Check out the full article for more details on what they are expecting at the event.

Do you think the iPhone 5 release date will be announced at the event? 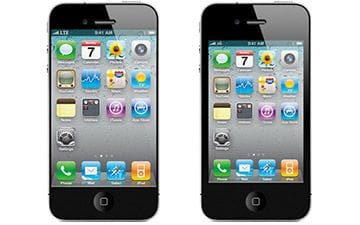