If you are shopping for a budget tablet this month, there really is an endless supply of brands to choose from. We’ve already given you a heads-up from similar products from the likes of Digiland and RCA, but now it is time to take a look at a Mercury 7-inch RCT6672W23 Android Tablet review in comparison.

Mercury is probably a brand that you are less familiar with when it comes to picking out a tablet. However, make no mistake about it as the Mercury 7″ 1 GB RAM 1 GHz Processor Dual Core Android Tablet specs are decent enough for most looking for casual usage.

As the description above suggests, this is a 1Ghz Dual Core tablet, with 1GB of RAM on board and 8GB of internal memory. You’ll be pleased to hear that MicroSD card is also supported to increase memory capacity, while there is also access to thousands of apps via the Google Play store as well – some budget tablets do not support Google Play after all. 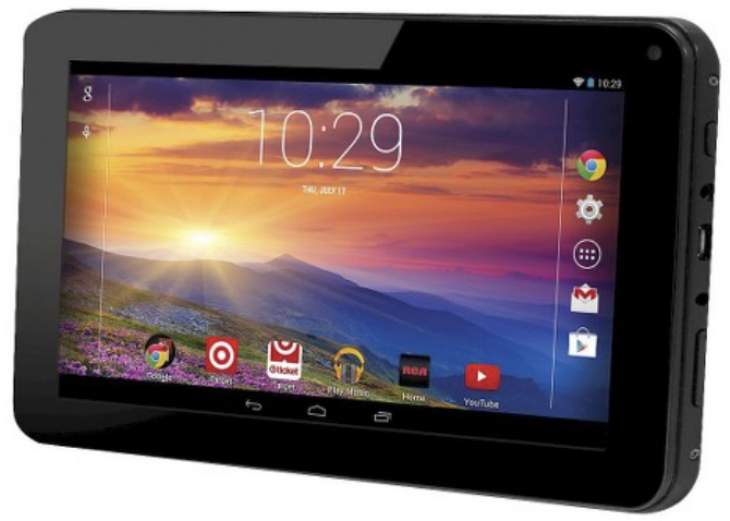 The 7-inch display features a 1024×600 resolution, while there are also two cameras on board – a 2MP rear camera and a 0.3MP front-facing camera as well. One of the standard highlights for us is Android 4.4 Kitkat. This is good because it could mean an update to Android 5.0 Lollipop further on down the line.

In our opinion these are some fantastic hardware specs for a tablet that is likely to be well under $100 from retailers such as Target. Unfortunately, we cannot give you some feedback on what other consumers have been saying about this tablet, as it is a brand new 2014 model from Mercury and RCA fresh out of the factory.

As a result, there are no other professional reviews published yet as reference , but we have located the official Mercury 7-inch RCT6672W23 manual in PDF format for further reading should you need it.

Are you interested in picking up this brand new tablet during the sales? You certainly can’t go wrong with those specs and the low prices that we have seen flying around. Give us your feedback on this tablet if you are tempted to take the plunge.