If Tesla thought they could have things all their own way in the home battery market, then they had best think again. This is because they now have some huge competition from Mercedes-Benz, who has now launched details of its very own personal energy cell for the home.

Mercedes could be onto a winner here, because the launch of their home battery could not come at a better time, as Tesla’s units have already sold out right until the middle of 2016. The Tesla Powerwall alternative certainly eases stock woes for those that wanted one of these devices yet does not want to wait until next year. 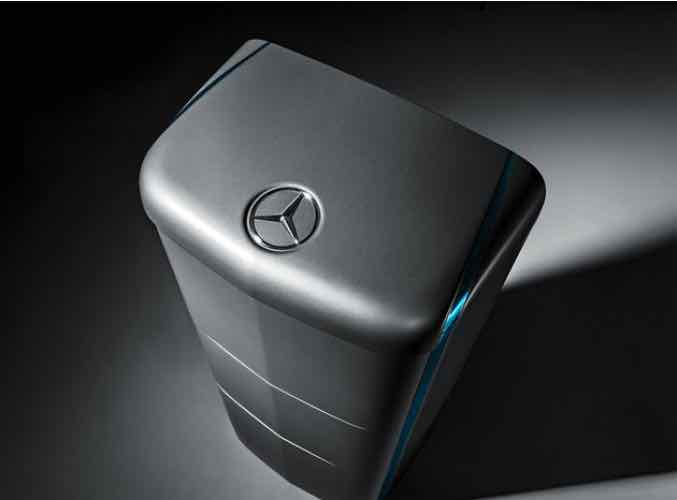 We have to wonder if Tesla will start increasing production now that Mercedes aims to take future business away from them? It’s worth noting that each pack stores 2.5kWh of electricity, so not as much as Tesla’s, although you can combine eight together to give you 20kWh instead — so twice as much as the Powerwall.

Even though these private energy storage plants are perfect for personal use in the home, we believe that certain businesses could also benefit from using them, especially with that sort of storage capacity.

There is no word on pricing, although pre-orders have already began with a release planned for September.

Will you now give up on trying to own Tesla’s Powerwall, and choose the alternative from Mercedes instead?