For those of you waiting to get a glimpse of the Mercedes X-Class pick-up truck, then you will be able to see it in concept form in October during the 2016 Paris Show. However, try not to get too excited because we suspect the details will be very limited at this time, especially when you consider the new model will not be released in certain markets until 2018 at least – such as the UK.

The first markets to get their hands on the first Mercedes pick-up will be Germany and other left-hand drive markets, such as the US. We’ve currently only seen an official sketch so far, and so it will be good to finally see it in the flesh so to speak. The front end is certainly Mercedes-benz, but the rear does look very strange to see nothing there as such.

A reminder of those Mercedes X-Class pick-up features begins with the familiar Merc styling, and also a few design features taken from the GLE and GLE Coupe SUVs. There is to also be a single cab version, although it will be the double cab version to hit the market first. 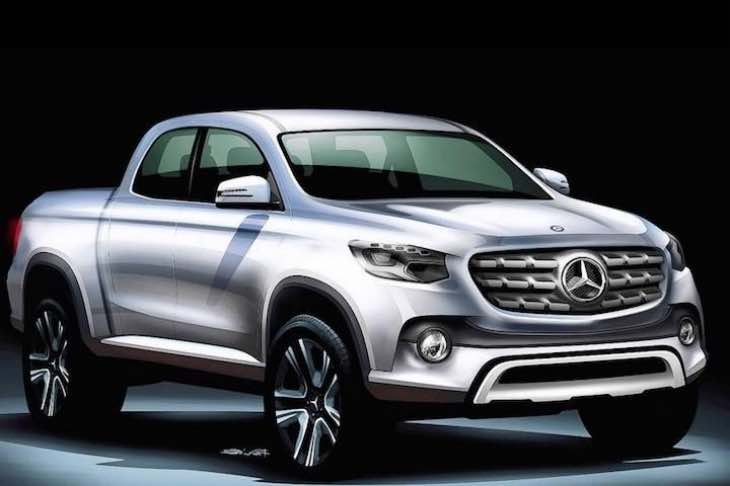 AutoExpress has also shared details on how this new German pickup truck will share the same platform as the Nissan Navara, although will offer different engine options, such a four- and six-cylinder petrol and diesel engines rather than just a 2.3-litre diesel engine.

This is seen as a huge step to enter a different market, one that tends to do very well in the US alone. However, this model will have greater focus on technology compared to rivals.