Peter Valdes-Dapena over at CNN Money.com is reporting the problem concerns the M-Class SUVs, and the vehicles cruise control may not disengage straight away after the driver touches the brake pedal. When working correctly cruise control systems should switch off as soon as the brake or gas pedal is pressed.

Under certain situations the cruise control system is only working if an excessive amount of force is used on the brake pedal before it will switch off. This was stated in a letter that Mercedes sent to the National Highway Traffic Safety Administration on March 31.

The system can still be shut off if the driver uses the stalk mounted on the steering column which controls the system. The vehicles involved are model year 2000 to 2002 Mercedes-Benz M-Class SUVs, and M-Class AMG SUVs from 2000 to 2004. 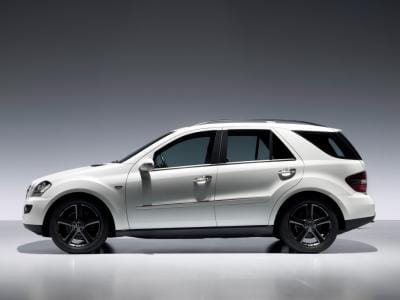 Owners can call the Mercedes — Benz customer service at 1-800-367-6372, and the recall is expected to begin in September as Mercedes want to ensure that it has enough replacement parts.