We have already ascertained that Mercedes-Benz is working on a new pickup truck, a joint venture with Nissan, and going on recent rumors it would seem the name of this upcoming vehicle would be called the Mercedes GLT. While we do not know if it will be launched in the US, there are a few minor details that have been shared.

Some of the details already known to us are that it will be a mid-size truck and will come with a dual-cab design for greater passenger occupancy. We also know that it will have many of the underpinnings as the Nissan NP300, or the Navara as it is known in the UK and other overseas markets.

However, new details have now come to light thanks to a recent interview CAR conducted with Volker Mornhinweg, who just so happens to be the head of Mercedes’ commercial vehicles unit. We now know that this will not be an oversized truck developed for the cowboy, if you know what he means. 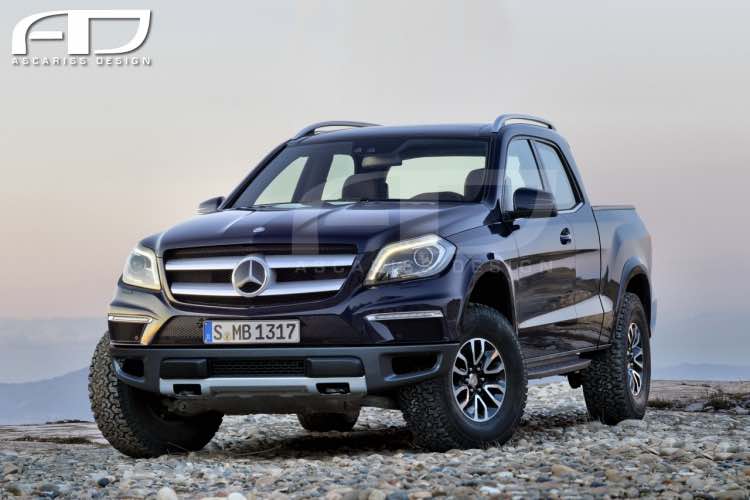 From what we can make out in this interview, we don’t expect to see the Mercedes GLT pickup truck released in America, and by the looks of things will be going to places like Australia, Europe, Latin America and also South Africa.

The interview uncovered some Mercedes GLT pickup truck engine details as well, as we should expect this upcoming model to be powered by a choice of four and six-cylinder engines, and no doubt will come in either petrol or diesel options.

As far as its release date is concerned, this is unlikely to be until nearer the end of the decade, and so Mercedes still has a lot of decisions to make. Image thanks to Deviant Art.