The Mercedes G-Class is set to receive a wave of new enhancements, although some of the improved features will only be for the European market, so the US will miss out. While this is a bit of a shock to fans of this wagon in the United States, it is nice to see that other markets have been favored for once.

Looking over the list of Mercedes G-Class enhancements for 2015, we have to say it is rather extensive, although the standout upgrade has to be to its performance, or more so that new engine. 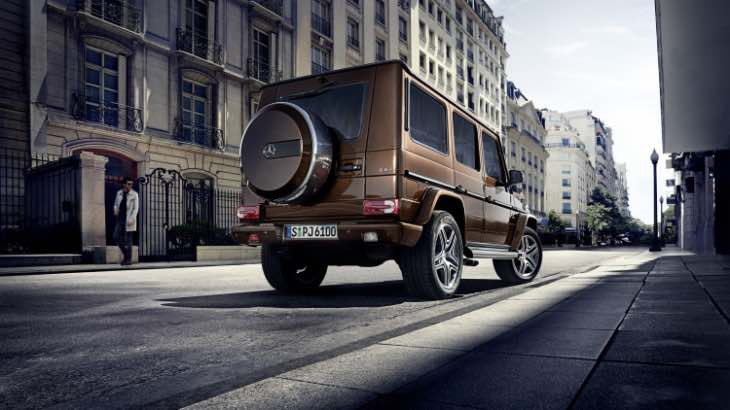 Mercedes says its revised G550 engine is a 4.0-liter twin-turbo V8, the very same used in the Mercedes-AMG GT and C63. However, it has been retuned so that it now produces 416 horsepower rather than 453 in the models above.

The engine has 450 pound-feet of torque, which is a decent amount of power, which is needed for such a large vehicle. There are also other engine options in the lineup; it’s just that one mentioned earlier is the only one to be retuned.

Other upgrades include revised suspension tuning with many setting options, new instrument cluster, along with redesigned bumpers and flared wheel arches to offer a more aggressive look. While all these new features will be heading to Europe, the US will not be getting the diesel model — although we do hope that will change after its November release.