It looks like we are finally closing in on some hard evidence regarding Hoopa, the mystery Pokemon that was revealed one year ago alongside Volcanion and Diancie. We know that Diancie is now official of course and it looks like there may be some surprises in store for players with regards to the availability of Hoopa inside Pokemon Omega Ruby and Alpha Sapphire.

After initially being revealed as a secret unlock inside Pokemon X and Y, it is now looking likely that we will see Hoopa in an official capacity, once Pokemon ORAS launches at the end of November.

Remember that Diancie was leaked in the same way as Hoopa all those months ago and now the Pokemon is going to be getting a special mega evolution that is exclusive to the new game. 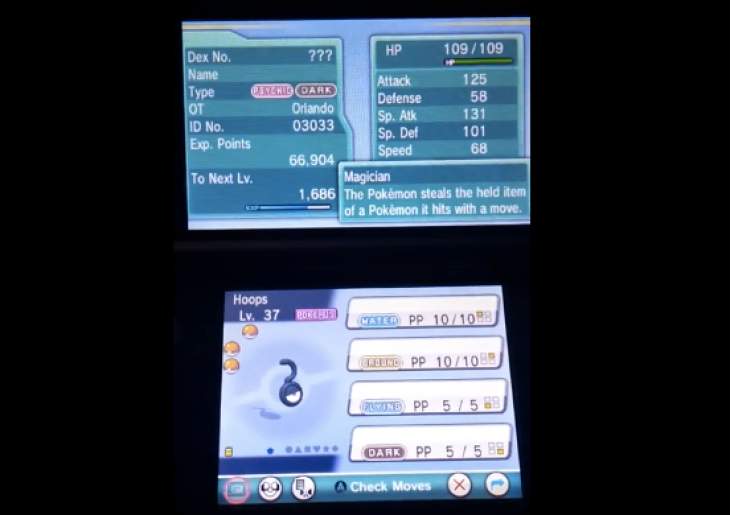 Inevitably though, it looks like juicy details have turned up early. Hackers have managed to dissect the ORAS demo which was just launched and have found files relating to Hoopa.

Even more surprising is that Hoopa is going to have a completely new form that we didn’t see when Pokemon X and Y was relevant. Images shown here gives you evidence of this – while there is debate on whether this is a Mega evolution for Hoopa that we are seeing here, or a new form altogether.

Remember that Mewtwo had a new form for Pokemon X and Y – Mega Mewtwo X and Mega Mewtwo Y, so Game Freak could well be exploring potential opportunities for Hoopa as well.

Watch the videos that we have included below and let us know your thoughts and theories on this new appearance for Hoopa – do you like the look of it or not?