As we informed you earlier this week, Medal of Honor is now available to download and those of you who have picked it up should have already downloaded a lengthy day one patch that Danger Close released at the first opportunity.

Since the game has just come out, it also means that official reviews are now turning up online as well, and if you are a type of gamer that likes to study as much reviews as possible for a particular game before buying, you are going to be in for an interesting read for sure with the mixed reception that the game appears to be receiving.

Unfortunately, it looks like the majority of gaming publications have not given the game a glowing report, with not one review so far managing to achieve a perfect score – that we have seen anyway. The likes of Eurogamer have only given Medal of Honor Warfighter a 5/10, complaining that the game lacks any identity of its own and merely serves as a ‘filler’ when DICE is unable to release a new Battlefield game each year. 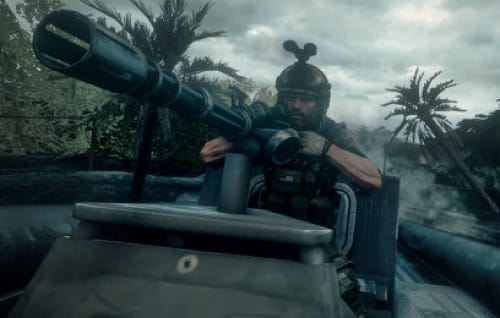 Elsewhere, there’s another 5/10 from Destructoid who have criticized the game by saying that while ‘it’s not exactly bad, it’s not very good either’. Do the reviews now confirm what you have previously thought about the Medal of Honor franchise as a whole? If fans do not have a new Battlefield game to look forward to, the next alternative that will spring to mind is Bad Company without a doubt, pushing Medal of Honor straight to the bottom of EA’s FPS popularity table.

If you have already pre-ordered the game, you’ll be left to make your own conclusions on Warfighter, but if you haven’t picked up the game yet you may be put off slightly after initially thinking the game was going to be excellent. Let us know your initial thoughts on Warfighter and if you pay attention to negative reviews or not before making a purchase.