We told you that there were early warning signs for Medal of Honor Warfighter when the first initial reviews went up last week, but now the one review that everyone was waiting for has been published and it basically rips into the game even more.

A few days ago, we informed you that the likes of Eurogamer and Destructoid had both given Medal of Honor: Warfighter a less than impressive 5/10 score. Now, IGN has gone live with their own review score and we’re afraid to say that it isn’t pretty indeed, with an even worse 4/10 score and a scathing review on how the game is basically a waste of time and fails to deliver in almost all aspects of the game.

In a review that really cuts close to the bone, IGN has stated that Warfighter is ‘disrespectful of your time’ and that the core design of the game is ‘deeply problematic’, with significant ‘technical issues’. With references to disappearing player models, sound crashes akin to that of Battlefield 3 and a ‘tanking’ framerate, it really does look like Danger Close and EA have released something of a clanger here and we are finding it hard to see where they can recover from this, with future titles in mind when EA cannot release a new BF game every year. 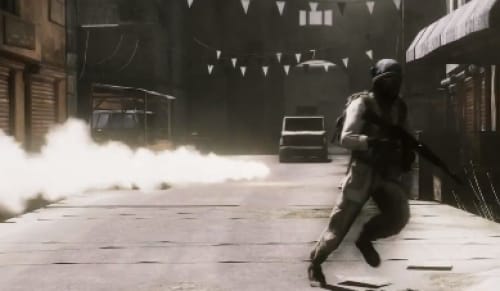 Perhaps even more eye raising is the fact that IGN also makes a bold statement by saying that Medal of Honor: Warfighter is the first Frostbite 2 game which ‘fails to function at a basic level’. We all know that Battlefield 3 has set the standard so far, but is it worrying to see the next Frostbite 2 game after BF3 getting ripped apart so badly? It’s fair to say that EA will secretly be hurting over all of the criticism, maybe even a little shocked too.

If you have already picked up your copy of Medal of Honor, let us know if you agree with the harsh review scores that have been dished out online. Is Warfighter really a lazy effort from Danger Close and EA, or is it still worth the $60?