We recently asked you for some of your ideas regarding the next Medal of Honor game, which has already been confirmed to be called Warfighter and will be coming in 2012. The game has now been given a semi-official reveal on the cover of OXM and more details, some surprising, have been revealed in the process.

If you picked up the first game in the reboot, you’ll know that the impressive single-player was handled by Danger Close, while multiplayer was overseen by DICE who are obviously well known for the Battlefield series.

In perhaps a surprising move though, we can tell you that Medal of Honor 2 will feature single player and multiplayer which are both developed by Danger Close. Before you get worried, DICE won’t be involved in the game but they have given Danger Close access to use the Frostbite 2.0 engine.

The game will release in October and seemingly looks set to go head to head with Treyarch’s Call of Duty game which will probably end up being revealed as Black Ops 2, although Activision are remaining quiet on this. While we’re pleased to see Danger Close return for the sequel, it is interesting that DICE has decided to step away from multiplayer, or was it a decision taken out of their hands?

We’re expecting to see a full reveal by EA on the game on March 6th, during GDC 2012 – hopefully they will have some gameplay footage to show off as well so we can see how good the sequel looks using the new Frostbite 2.0 engine which makes Battlefield 3 on PC look so lovely. In the meantime, EA has provided a new teaser image on their website which we’ve included for you below – it looks like Medal of Honor is going to be a serious looking game with plenty of attention from EA. 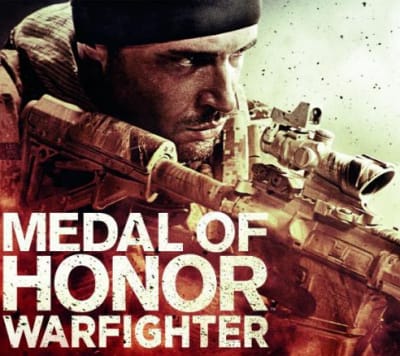 How do you feel about DICE not developing the multiplayer this time around though – is this a step forward or step backwards for the future of Medal of Honor? It will be interesting to see how Danger Close utilizes the Frostbite 2.0 engine compared to DICE and in a way, it will be nice to see the game go in a completely different direction as we may have ended up with multiplayer that plays very similar to Battlefield 3.

Another big request that we’re hoping they improve on is the length of the single-player campaign. You’ll all agree that the first game was severely lacking in this department, so we hope that this was one of the first priorities when they started developing the sequel.

Danger Close multiplayer for Medal of Honor 2 – are you looking forward to this or not?