How many of you actually know the meaning of the names that you have given your children, or you own come to that matter? For years there have been books that explain all this, but we live in an age where we do not need to have such large books in the home. However, if you have an iOS device, then all can be explained in a few encyclopedia apps.

Some of you may have a common name, whereas there are those who have strange ones — but they all have a meaning. So what apps are out there that can best explain them to you? Below we have two of what we believe are the best at explaining these meanings.

The first app is simply called Meaning of Names and can be found on iTunes for just $0.99. This is said to contain one of the fullest encyclopedia of names, and will allow you to learn all there is to know about those names, along with their origin. How cool will it be if you meet a lady with a strange name and you are able to impress her by knowing the meaning? 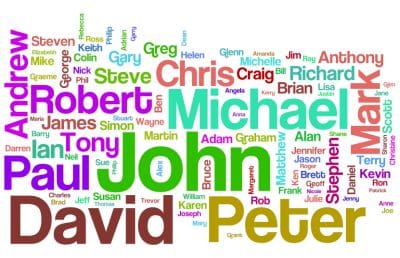 The other app that we have found for you is also called Meanings of Names, although it is from a different developer. With so much knowledge on names you would have thought they would have come up with something different. Anyway, this app is also $0.99 on iTunes and has a database of over 20,000 names.

This app works in the same way as the one above, so offers details on the “etymology, history and meaning” of a huge choice of names. We cannot tell you which of the two are the best, as they both are basically the same.

Do you know what your name means?