The Minecraft Pocket Edition 0.11.0 build 2 update is live with fixes to early problems found in the first beta. It’s not clear exactly what the changes are, although since beta build 1 released we heard about issues starting the Android app and other minor complaints.

This news dropped thanks to Shoghi Cervantes and retweeted by well known developer, Tommaso Checchi. You can see the tweet below, which reads “MCPE 0.11.0 build 2 is out for download for the beta testers on Android”. 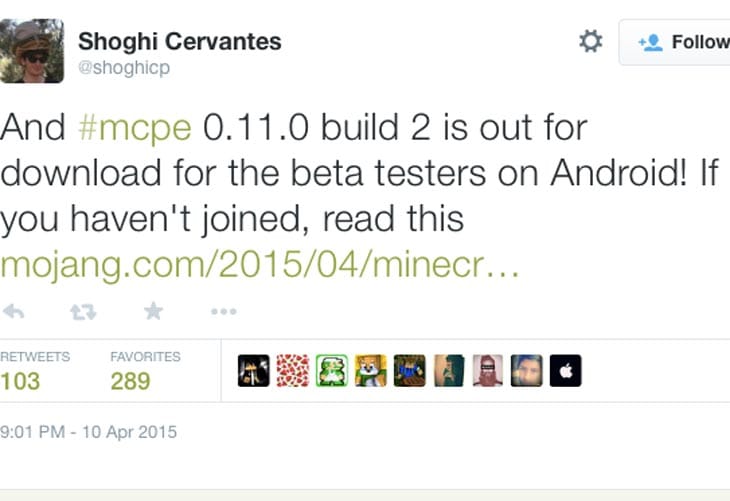 It’s free to join the beta and help the community with feedback directly, or through Google Plus. You just need to visit this page and follow the sign-up instructions. In a nutshell, it involves joining the dedicated Google+ community and opting into the Minecraft Pocket Edition Beta.