McLaren were only known for being an F1 team many years ago, although the release of what is still considered to be the best supercar in the world, the McLaren F1 changed people’s perception. Having said that, there was a long period before they went back to try and repeat the success.

Fast forward several years and the Woking based carmaker is trying to do what Ferrari has been doing for years, and they seem to be doing a good job by bringing out an extended range. The latest is the upcoming McLaren Sports Series, which as we know are set to compete with the Porsche 911 and Audi R8. 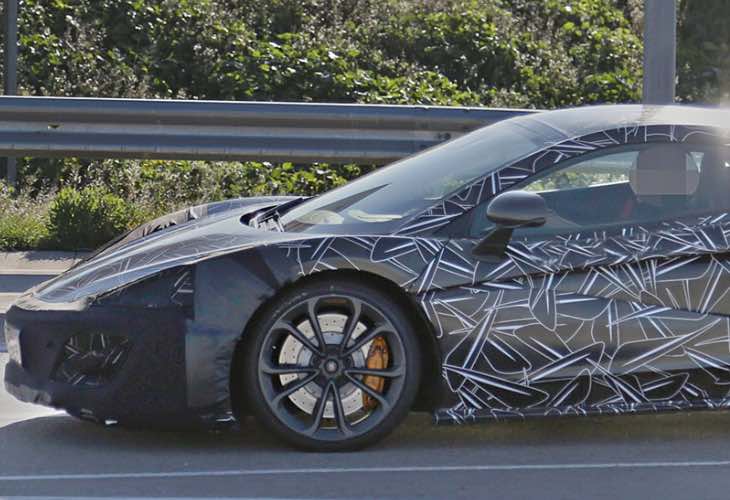 We were given a tease in a video, although we never really got to see any part of the car. However, thanks to Autocar they have managed to take some great shots and have shared some Sports Series eye candy with its readers.

You get to see the new sports car from various angles, although key areas have been heavily disguised. There are still a few particulars that can be made out with its exterior design; such as a new front-end that sits rather low. The rear end looks to be longer than other models, which could mean increased space for passengers in the rear. However, we suspect some of you fear that McLaren is looking to cater for a new market, and this will no doubt get a mixed reaction from fans of the brand.

The exhausts seem to be in a different position and the rear diffuser is more intricate, which will help provide more downforce. Autocar has more to say on this upcoming car, and also looks into possible names, although some people still believe it to be called the P13, but what do you think?