Whenever a new supercar is about to enter production or is even announced it is always going to be compared to the Bugatti Veyron, which as we know is the world’s fastest production car. However, there’s always more to a supercar or hypercar than top speed alone because it’s also about all-round ability as well, which is just what the McLaren P1 is counting on.

On paper the Bugatti Veyron has the McLaren P1 beat because the former has an 8-liter W12 engine producing 1,184 horsepower for the Super Sport version and a top speed of 267 mph when compared to 3.8-liter V-8 producing over 800 horsepower for the latter. It’s clear in a drag race the Veyron would be the victor, but put both these cars on a track and the outcome might be a little different. 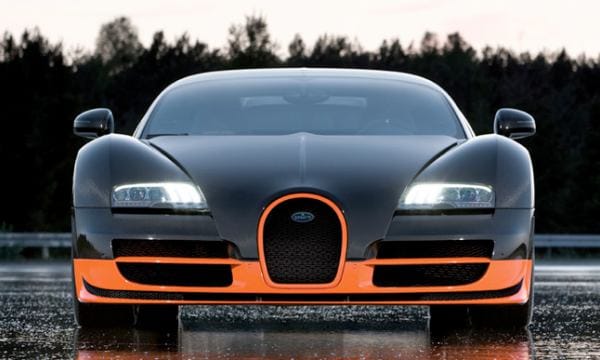 The reason for this is because the Veyron is a heavy old beast when compared to the P1 and there’s also the fact that acceleration of the P1 will be helped along thanks to KERS. McLaren doesn’t have any plans to be the fastest, but they do want the P1 to be the best drivers car, which was once the McLaren F1, and in many cases is still regarded as one of the best supercars ever made.

While the P1 does look very sexy there is a fear that the car could suffer with the same issue that the McLaren MP4-12C does, and that’s not giving the driver a feeling of being in control. One of the reasons behind this is that too much of the car has been designed on a computer as well as a computer doing a lot of the work while driving. It’s this that could prove an issue with the P1, but let’s wait and see — although out of the two I’d go with the McLaren P1 because it just has far more sex appeal while the Veyron looks as though it’s a little overweight.