McLaren’s ultimate racing car now is the P1 GTR, but so many of you often wonder how it will stand up against the all-conquering McLaren F1 GTR? Well, the guys from Woking, England have come up with a video that has both these beasts in the same shot, and they do look rather awesome together.

Ok, if you were hoping for an all-out McLaren P1 GTR vs. F1 GTR battle on the track, then we have to disappoint you, as neither of these was driven in anger against each other. However, it’s still a stunning video and we cannot wait to see the two of them in person, which we hope to see at one or two key racing events this year. 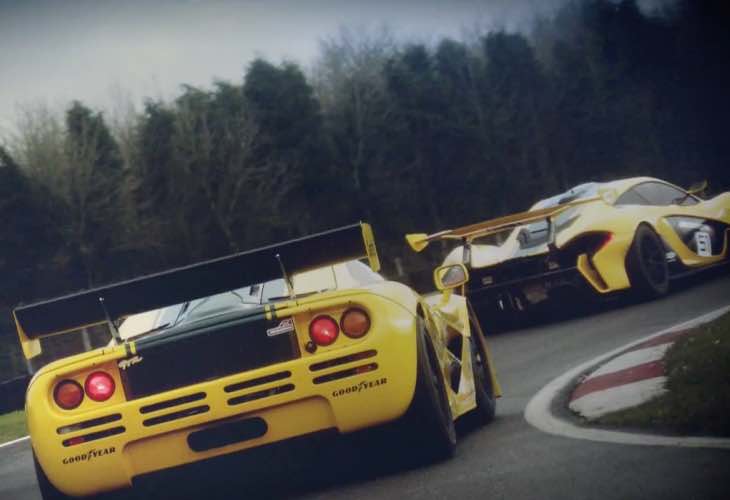 It’s obvious that the P1 GTR will be the faster of the two, as it is newer technology and comes with more power. Having said that, I would have to go with the F1 because it already has that legend status, which we just cannot see the P1 getting.

Don’t get us wrong; the new track version of the McLaren P1 hybrid is not only faster, but also much lighter than its road-going sibling, making it an extreme racer.

Which of the two gets your vote?