McLaren announced to the world the MP4-12-C back in March; all we knew back then was that it would produce 600bhp. Since then we have learned that it will be made available to specialist U.S. dealers, and will be hitting the streets in 2011. The new vehicle with its F1 pedigree is to cost £168,500 in the UK, but a final price is yet to be set for the U.S. market.

Michelle Koueiter from Autoweek believes that the price for North America will be between $230,000 and $250,000.

The most up-to-date details we have is that the MP4-12C, which is to be built at McLaren’s HQ in Woking, Surrey, England are as follows: The 3.8-liter V8 with its twin-turbo will produce 592hp, and will have a top speed of over 200mph. According to Wikipedia the car will go from 0 to 124mph in just 10 seconds — mine takes that to get to 60mph. 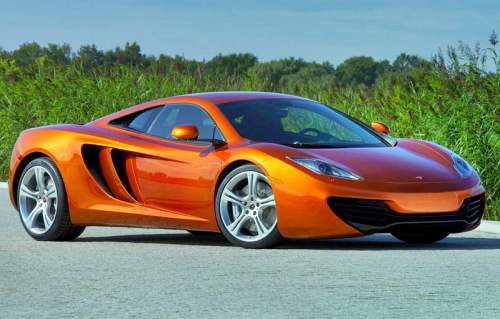 Only 1,000 units will be made in its first production run, but another 4,000 will follow each year. This will be the first full production car from McLaren, although I cannot say that this is any standard production model.

Like all production cars, the McLaren MP4-12C has a number of customization options, such as different paint schemes and interior trims. For more details on other options visit Autoweek.