Well, it was always going to happen, as McLaren has announced their plans to release a 675LT Spider model. There has been a huge demand from customers, and so the Woking based carmaker has decided to give them what they want – although we know that McLaren will benefit out of it nicely.

You have to ask yourself if McLaren are also doing this as a way to bolster its profits in order to subsidize its F1 team, as they are set to lose tens of millions of pounds due to losing another big sponsor, and also not getting as much prize money this year because of a poor performance during the 2015 season?

Back to this new model, and we thought you would like to know the all-important McLaren 675LT Spider price, which is £285,450. To put this is to perspective, this almost £26,000 more compared to its coupÃ© sibling 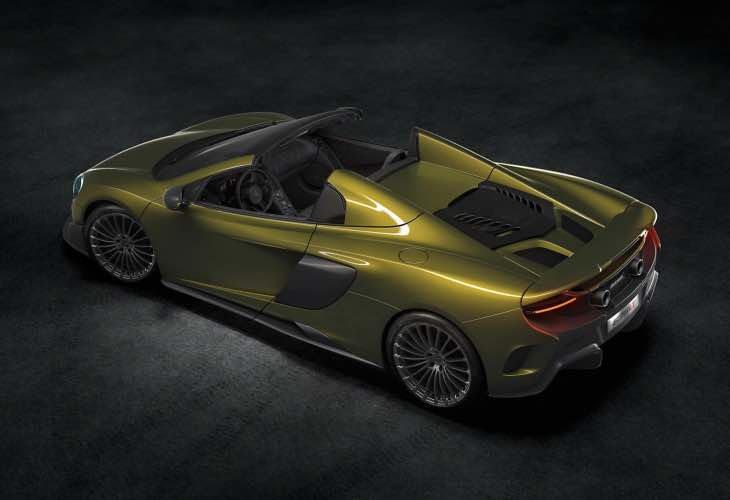 As for the McLaren 675LT Spider performance, this new model is to offer 675PS and 700Nm, which works out at 532PS per tonne, as it has a dry weight of 1,270kg. We know that losing the roof often means increased weight, but McLaren has managed to lose 100kg in weight.

Speaking of performance, the 675LT Spider will make use of a heavily revised 3.8-litre twin turbo V8 powertrain from its sibling so that it can get to 62 miles per hour in just 2.9 seconds, and 124MPH in 8.9 seconds, which is faster than it takes most family cars to get to 60. Its top speed is said to be 203MPH, all the while offering a decent fuel economy figure of 24.2mpg combined.

Rather than go on, we thought you would much prefer to read over the press release, and also watch the teaser video below.