You had better get ready for an influx of McLaren 570S Coupe vs. Porsche 911 Turbo comparison reviews, as the Woking based company has said this is its name for the first of its entry-level Sport Series. Anyway, that’s getting ahead of things because we have yet to se the car unveiled, although this will take place at the New York Auto Show next week.

We do not have to go to that event to already know the McLaren 570S Coupe power output, as its name already reveals that, which is 570PS, or 562bhp from its V8, twin-turbocharged 3.8-liter engine. 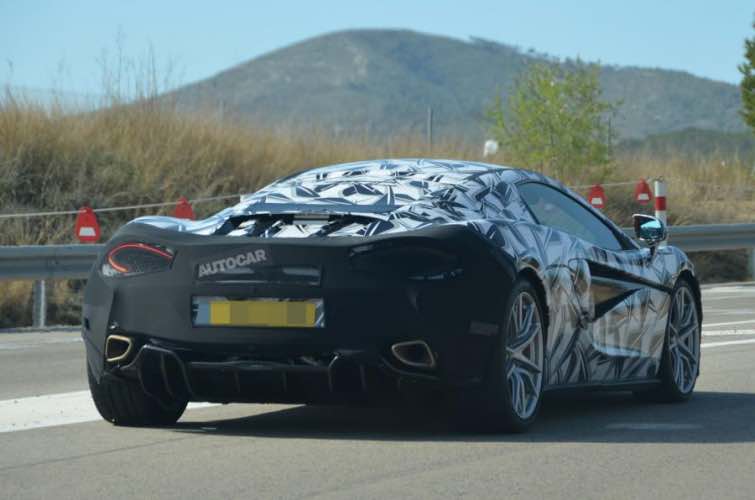 We do know that McLaren already has plans for a Spider and a slightly larger GT model, but it is the 570S Coupe that will be grabbing all the attention at first, and will know doubt gain a huge audience once the New York Auto Show opens its doors on April 1st to the media. The public will have to wait a couple of days later, as you cannot get up close and personal to all these new vehicles until April the 3rd.

While not much else is known at this moment, Autocar suspects that the McLaren 570S Coupe price will start at around £140,000, which is still a lot of money for an entry-level Sports Series car.

Cause for concern – Some of our readers fear that this new model is far too close to the 12C and 650S, and so seems a bit pointless, although it is clear that a smaller and cheaper model was needed if McLaren hopes to take on the Porsche 911 Turbo. Not only that, McLaren also needs to find ways of continuing to support its F1 team, which is not getting the results it hoped from the new Honda engine partnership, and also the lack of title sponsor, which usually makes up a huge part of its budget.