The McLaren 570S is described as a car that has far too much going on, and so Robert Melville, chief designer at McLaren decided to get his eraser out and make a few changes to its design. The end result is the 570GT that has gone for a simplified design, and has traded performance for usefulness.

McLaren found that the original 570S was far too complicated and so meant that it was not very particle for every day use – something that McLaren are trying to think seriously about nowadays.

Curbside loading was always an issue, but changes have been made to finally make this an easy task. Having said that, there is still a chance that you might have to rub across the paintwork in order to get your luggage in. Speaking of which, there is now an extra 7.8 cubic feet of space for passengers. 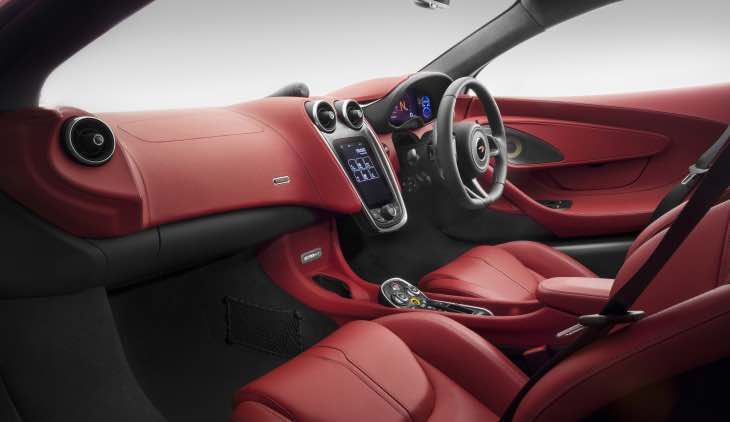 Let’s get back to that all-important performance for a moment, as the 570S got to 62 miles per hour in 3.2 seconds whereas the 570GT does it in 3.4 seconds. 124MPH took the former 9.5 seconds, whereas the latter now achieves this in 9.8 seconds – so still not too shabby.

Most 570S owners will indulge in taking their prized procession to a race track to see what it has to offer, whereas with this new Grand Tourer model, owners will be more inclined to take it on longer drives. Therefore, McLaren have softened the suspension and reduced downforce so that its ride is more suited towards a comfortable ride – or as much as a McLaren can give you.