Car giants Mazda has issued a fresh recall this week, but for one of the most unlikely reasons we’ve ever heard of. The company are recalling around 52,000 cars in the United States, due to Yellow Sac Spiders, who have been discovered to be living inside Mazda car engines.

While the prospect of big yellow spiders under your hood whilst driving is scary enough, the critters pose a serious health risk, as they could clog up the ventilation system in the engine, which could lead to a potential fire hazard, according to Reuters.

The recall affects the Mazda6 models with 2.5 litre engines which were built between April 2008 and February 2010. However, even if you own a newer Mazda6 model, you should still get your engine checked out to see if Yellow Sac Spider webs are present.

Apparently, these spiders love the smell of fuel, although experts are puzzled as to why they are choosing to live in Mazda6 models, rather than any other Mazda model. Twenty infestations have been reported, but no fires have been confirmed as of yet. We should inform you though, that while these spiders are common in the US, their venom is still poisonous. 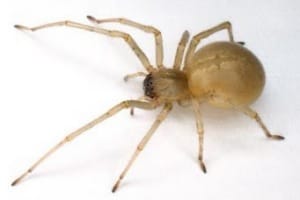 Mazda will fix the situation by installing all recalled cars with a spring, which will prevent the spider from entering the motor. You should contact your nearest Mazda dealer for further information.

Do you own a Mazda6? Let us know your thoughts on this unusual recall.