We already got a look at the fourth generation Mazda MX-5 (Miata in the US) a few weeks back, but the new model due to land in 2015 has now been on show in Paris. We know what it looks like from the exterior and interior, and now we finally got to go underneath and see the 2016 Mazda MX-5 engines.

This is certainly great news, but the new Mazda MX-5 2016 figures are still unknown to us, and so we will just have to make assumptions based on previous rumors. We have to remember there are to be two versions here, the first is the Mazda MX-5 to be sold in the UK in 2015, which is to be powered by a 1.5-liter Skyactiv-G 4 cylinder engine.

Whereas its US sibling, the Mazda Miata will go on sale in 2016 and will come with a more powerful 2.0L Skyactiv-G engine with the same number of cylinders. 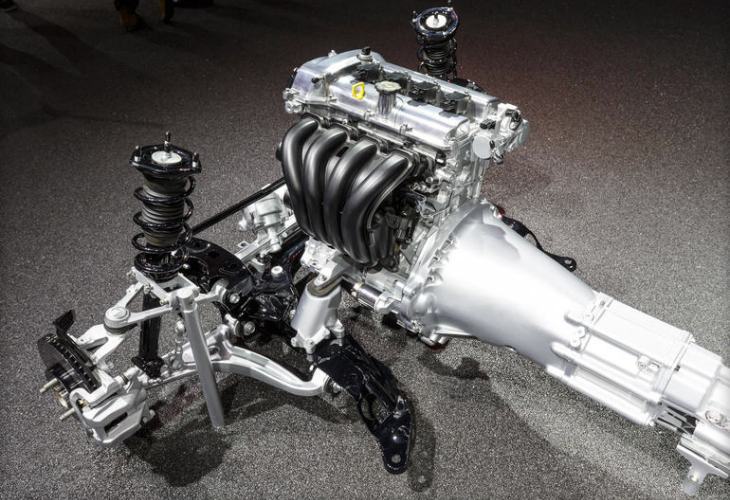 Even though they will have different displacements they will both make use of direct injection, high compression and will be tuned to work perfectly with the UK and US versions.

It would be nice to know what those performance figures are for these engines, although we suspect they will produce 130 and 165 horsepower respectivly. These figures are not mind blowing, but you have to remember the MX-5 is a small, light vehicle, so the power-to-weight ratio should be rather impressive.

There is also the other thing to consider, there are many sports cars on the road with more power, but will be unable to handle the corners as the all-new Mazda MX-5/Miata will be able to if previous versions are anything to go on.