It’s a very special year for Mazda, as they are celebrating the 25th anniversary of the MX-5 Miata, which has spawned 15 models in its time. This is a true sports car icon, as it has always won the hearts of those who have owned one.

When we say treat, we are not saying you will be given this vehicle for free, far from it, although we have no clue as to the Mazda MX-5 Miata 25th Anniversary Edition price just yet. 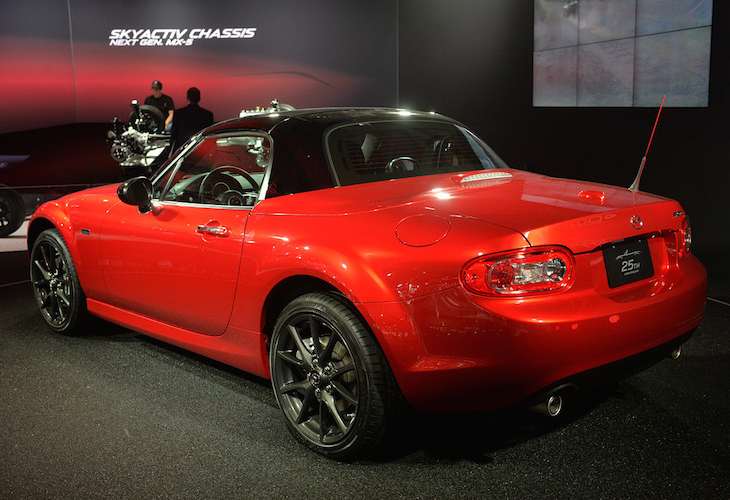 You will see in the images how the Special Edition model is based on the retractable hardtop version and will come in just the one paint option, metallic red. This paint scheme goes lovely with the white leather interior and that striking black roof.

Other special features include a choice of automatic or manual transmission, and Bilstein shock absorbers to make the ride an even better experience.

We cannot tell you when the Mazda MX-5 Miata 25th Anniversary Edition pre-order begins, but we would say get yours in fast, as there will be a run of just a 100 for the US market.

While it is nice to get another model from the popular Mazda MX-5 range, some of you would see this as a way for Mazda to beat an old enemy, and that is stagnation. The market for this model has slowed down, and is a way to fill the gap until the release of the next-generation MX-5.