Having already seen concept images of the Mazda CX-4 coupe SUV, we could soon see the production version next month during the Beijing Motor Show.

Mazda already has a good base to build from with their CX-5, and so there are many design features being taken over to the CX-4. The smaller model will share the same chassis and underpinnings, although its exterior design will feature a more rakish rear roofline. While this might sound good in theory, and look stylish from the outside – Autocar says that this will comprise headroom for passengers sitting in the rear. 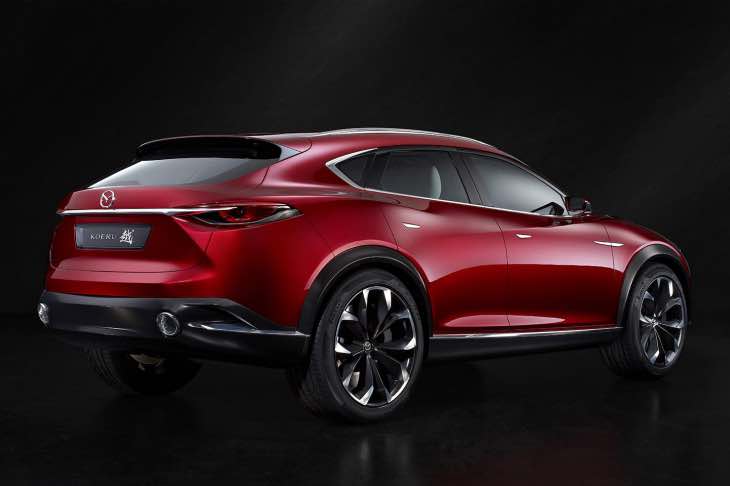 However, there is a possibility that there could be a third row for children, which would add to its versatility. You will notice in the images that the name of the model is Koeru, which was its concept name. As for size, we suspect it will be larger than the CX-3 and could be very similar to the CX-5 in size also.

Suggested Mazda CX-4 coupe SUV engines options – The Japanese carmaker is certain to opt for the 2.2-litre diesel, although some of them tuned differently, along with a 1.5-litre diesel; but more powerful than the one used in the CX-3.

Even though the CX-4 will be unveiled in Beijing in April, we doubt it will be released to the public until mid 2017.