The team behind the Grand Theft Auto franchise, Rockstar will be delighted with the buzz surrounding their upcoming installment for the series. At the same time they will be hoping that the game doesn’t overshadow the other anticipated games they intend on bringing out. Today they released new screenshots from Max Payne 3 in order to lure the spotlight from GTA V.

The GTA V debut trailer went live earlier today. Most of our readers will have been prepared as Alan Ng gave us the heads up of the exact time when Rockstar intended on releasing it in a previous article. For those that did not get the heads up and missed the moment it became available for viewing, you can check out the trailer in the article by Jamie Pert, who has analyzed it and is asking for your thoughts.

The four new Max Payne 3 screenshots give us a glimpse of what to expect from the game when it releases in March next year. We previously brought you two screenshots from the game back in April which showed some satisfactory graphics although it was unclear what platform they were from. We also previously brought you brought you news of the new multiplayer mode which had not featured in any of the previous titles, giving the game the potential to be continuously played even after the campaign is complete.

Details about some of the game’s new gameplay has also emerged such as enemies reacting to wounds uniquely depending on what their injury is and the return of Bullet Time which also sees changes with the way Max reacts to the environments during it. News that a new Max Payne movie is on the way has also been suggested. Check out the screenshots for yourself over at God Is A Geek. What do you think of the screenshots and the details that have been released about the game so far? 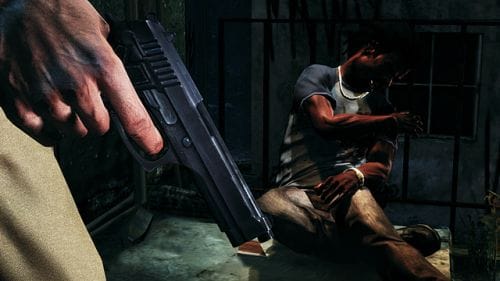