It is a very exciting time for FIFA 17 players, as we are now in the middle of the January transfer window, when players will be moving clubs in real life followed by EA making all of the relevant changes in the FIFA 17 Ultimate Team universe.

One player that has hit the headlines this week is young Nottingham Forest star Matty Cash, who has been the subject of a surprise bid by Bundesliga newcomers RB Leipzig.

He’s had a great season so far and could be the target for a massive FIFA 17 Winter Upgrade from EA. At the moment, the player is only a 60 rated Bronze card and you can see his full stats below. 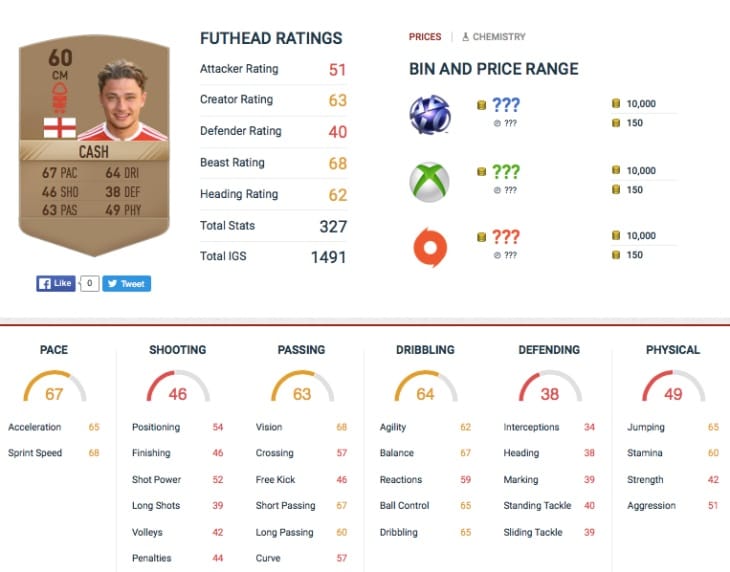 We had a quick look at the Web App and at the time of writing you can still pick up this card for 200 coins. If the transfer to the Bundesliga goes ahead in January and he gets an upgrade then it could be a good card for making a profit in the market.

It won’t be a lot, but say if you bought 10 of these cards at 200 and his value goes up above 500 later this month you will still be happy you invested in the long run.

Which other players do you believe have a massive profit potential based on upcoming January transfers?