Those of you who are waiting patiently for the release of Mass Effect 3 will be pleased to hear that we now have the demo release date confirmation. It has also been confirmed that the demo will roll out across all platforms at the same time and that it will include the Kinect voice control features that the Xbox 360 version of the game will have.

BioWare began the Mass Effect series over four years ago before bringing out a much improved sequel, which also got many experts’ votes for Game of the Year, two years later. Now we are on the verge of the third game in the series, which this time has a lot to live up to and as a result is one of the highly anticipated games of the year. It is also reported to be the conclusive installment of the series story that stars Commander John Shepard. Its launch date is scheduled for March 6th.

Today’s news is something a lot of the fans will be excited about as BioWare has announced they will release the demo across all platforms on February 14th, as explained in PC World’s article. Providing gamers don’t have much planned for Valentine’s Day, they will be in for fun game testing time and can get to grips with what Mass Effect 3 is all about.

What’s most exciting about this news is for Xbox 360 gamers, as they get to experience the game’s Kinect support and features which includes voice control. The demo also teases the new co-op mode, a feature that the series has only just added.

Details about what BioWare has planned as far as DLC is concerned can be found in Jamie Pert’s article by clicking the link. We also previously brought you news that PC gamers will be required to register with EA Origin in order to play the game, frustrating for some. Are you looking forward to playing the demo next month? 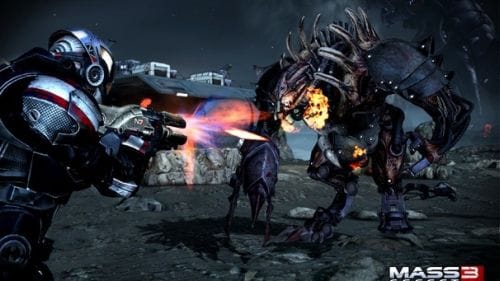