When it comes to Mass Effect 2, we have been reporting updates as soon as we get them. So far we have brought you the release date for the PS3, we reported the news of the demo being available and more recently about the PS3 version of ME2 using the Mass Effect 3 engine.

We have also revealed that Mass Effect 3 will be coming to the PS3 as well as the Xbox 360. Putting all of that aside, we wanted to show you a screenshot comparison for Mass Effect 2 between the Xbox 360 and the PlayStation 3. There is an article over at gameblurb.net that has a really cool way of doing a comparison using a slider bar, you can view it here. 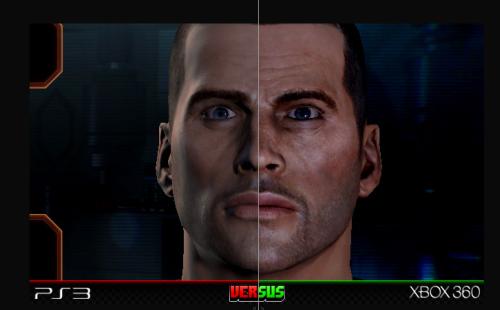 If you want to keep up with Mass Effect 2, or even pre-order it, you can by visiting their official homepage here. You can also keep up with Mass Effect 2 on Facebook, click here and then simply hit the “Like” button, you will then receive any wall posts with announcements that they be making. Once you are following them, make sure to go to the video section and watch the content.

We are quite happy at the fact that such a great game is available on both the Xbox 360 and the PS3 so wouldn’t want to give an opinion that could be perceived as biased, instead we want you to decide.

What console do you feel the screenshots look better on? Let us know you opinion in the comments below.