If the announcement of Mass Effect 3 coming to the PlayStation 3 wasn’t enough for you, we have further great news for PS3 owners now, which is sure to put a smile on your face.

It has just been confirmed that the upcoming Mass Effect 2 title for PS3, has been built using the Mass Effect 3 game engine, which puts further fuel behind the claims that the PS3 version will be the best one out of the three.

Just to let you know, these aren’t rumors either. Here’s a statement from Bioware’s Jesse Houston, producer of the upcoming PS3 version, as reported by Examiner –

If that doesn’t make the game an instant purchase, we’re not sure what does quite frankly. We’ve asked you above, if using the upgraded engine will make a difference or not, and the answer which you’re looking for is a definite yes. Bioware hasn’t released details on their Mass Effect 3 engine yet, but just to remind you, ME2 was built on the Unreal Engine 3.5, so if you liked that, you’re going to be impressed with the new engine. 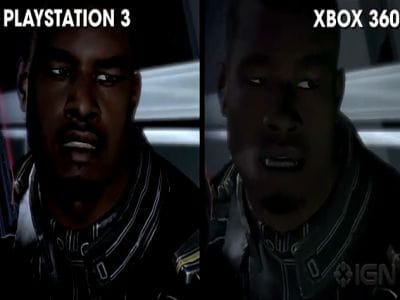 As for the Mass Effect 3 engine, one thing is for sure – Bioware won’t be utilizing Unreal Engine 4, as we’ve heard that it won’t be ready for use until at least 2012. For those of you who are planning to get Mass Effect 2 on the PS3, let us know your thoughts on the news. Are you impressed that Bioware has decided to use the ME3 engine for the game? If you are an Xbox 360 owner, we’d like to hear your thoughts on this as well.