Now that the PS3 version of Mass Effect 2 — which as previously mentioned requires a rather large install — has made its way into stores in North America, the reviews have started coming in and it looks like it was definitely worth the wait!!

According to games.uk.msn.com, the PS3 version of Mass Effect 2 received an impressive score of 95 percent from CVG’s sister magazine PSM3. Not only did it say that the character models look even more lifelike on the PS3, but it also claims it to be the best version of the game.

Sarah Ditum from the guardian.co.uk website echoed the opinion of the previous review, by saying that there’s a noticeable step-up in the quality of the graphics compared to the Xbox 360 version. According to Sarah, the game has outstanding action, a huge depth of interaction and a compelling story. 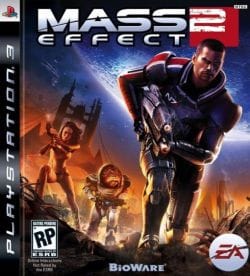 In the meantime, Tom Pakinkis over at computerandvideogames.com notes that the latest issue of GamesMaster magazine has given the PS3 version of Mass Effect 2 a score of 93 percent. In fact, it even goes as far as claiming that it’s the one to buy over the Xbox 360 edition.

This is pretty much what Colin Moriarty from uk.ps3.ign.com had to say in his review as well. Colin describes the PS3 edition as the best, most complete version of the game that’s available. As Colin notes, the Mass Effect 2 game features interesting characters, amazing voice acting and a stellar story.

You can read the full reviews through the links provided above. Have you played Mass Effect 2 on the PS3 yet? If so, what are your first impressions?