Are you a PlayStation 3 owner who has been waiting patiently for the Mass Effect 2 game to finally arrive? If you are then we have some great news for you. Electronic Arts has just recently released a launch trailer for the upcoming action role-playing title.

According to a recent article over at connectedconsoles.com by James Love, the PS3 version — which is due to be released on January 21st – of the Mass Effect 2 game will come with DLC such as the Cerberus pack, and some other exclusive DLC. 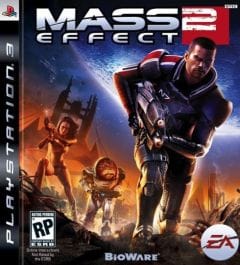 What’s more is that up until February 23rd, PS3 owners will be able to download the Terminus Armor and M-490 Blackstorm Projector Weapon from the PlayStation Store for nothing. After the 23rd February however, it will then become available to buy.

While we’re on the subject of Mass Effect 2, it appears that the game has been nominated for several awards at the 11th Annual Game Developers Choice Awards. According to Oliver at el33tonline.com, this includes nominations for Best Game Design and Game of the Year.