It has been rumored for months, but now we can finally confirm that Mass Effect 2 will be coming to the Sony Playstation 3 after all. EA made the announcement at GamesCom 2010, the only bad news is that PS3 gamers will have to wait a while until it is released.

Considering that this is a pretty big deal, it is no surprise that EA unleashed their announcement trailer to go along with the bombshell. It confirms that Mass Effect 2 will be released on the PS3, sometime in January 2011.

However, we didn’t hear any news on whether the first Mass Effect title will be coming to the PS3 or not, but you would think it would make pretty good sense for EA to make it available due to the connecting storylines.

What are your initial thoughts on the announcement? Did you really see it coming, or is this a total surprise to you? After reporting on countless rumors, I have to say that I had my doubts on whether we would see the franchise on Sony’s console, but I am pleasantly surprised.

What does this mean for Microsoft? From what started out as a console exclusive on the Xbox 360, the title is now making it’s way to the PS3 – will other games follow suit? Gabe Newell, what have you started??

Let us know what you think of this.

PS3 owners are obviously delighted with the news, but are Xbox 360 owners slightly jealous? 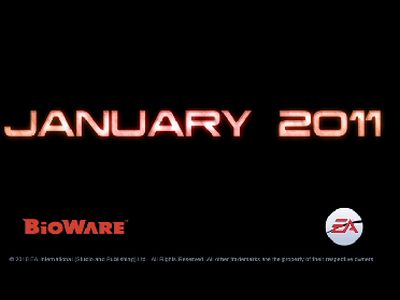