If you’re a PlayStation 3 owner who is intending on picking up a copy of the Mass Effect 2 game within the next couple of days, then you might want to know about the install size. Whether you purchase the retail or downloadable versions, you are still going to need quite a bit of disc space.

In fact, according to a recent article by Dan Lee over on thesixthaxis.com, the retail copy of Mass Effect 2 needs 4.5GB of space just to install the game, although it does state 5.3GB on the back of the case. Dan notes that their install time took about thirty minutes or so. 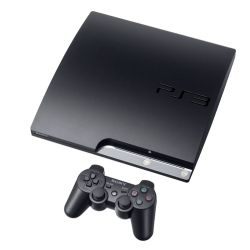 However, those of you who own a copy of the Gran Turismo 5 game will know that the install times do vary a considerable amount. When asked about the large install that’s required, Electronic Arts said that it was due to the amount of extra DLC and exclusive content that’s included in the PS3 version.

In other news, BioWare recently commented on the quality of the PlayStation 3 demo of the Mass Effect 2 game, after it received complaints. According to Matthew Reynolds at digitalspy.co.uk, the developer said that the teaser was in fact based on outdated technology.