We’ve had quite a few character announcements for the upcoming Marvel vs. Capcom 3: Fate of Two Worlds game now, including Storm and Viper and Arthur, Spencer, Magneto and MODOK. Now it appears that two new characters have been added to the list.

According to Johnny Cullen over at vg247.com, IGN has recently confirmed that Taskmaster and Akuma will be featured in the Marvel vs. Capcom 3 title, which is due to be released for the Xbox 360 and PlayStation 3 on February 15th in the United States, and February 18th in the UK. 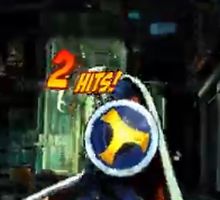 Gamers may have already been aware that Akuma was being added to the character list however, as the character’s artwork appeared on the UK retail website ShopTo last week. You can view the gameplay videos for both Taskmaster and Akuma via the link here.

As Wesley Yin-Poole from eurogamer.net recently reported, Akuma is a long-standing Street Fighter, while Taskmaster is a Marvel assassin for hire that possesses a photographic memory that enables him to predict and copy the movements of other people.

Both Akuma and Taskmaster are said to be locked at the start of the Marvel vs. Capcom 3 game, and players have to earn Player points to be able to unlock them. Akuma can be unlocked at 2000 Player Points, while Taskmaster requires 8000 PP to be unlocked.

This just leaves two more characters to be revealed. Who do you think they will be?