We have some good news for those of you planning to pick up Marvel Vs Capcom 3 next year, as we’ve just been informed of a solid release date, as well as the official box art for the Xbox 360 and PS3 versions of the game.

Some of you may already know the release date as of last week, but we certainly didn’t and for the benefit of our readers, we can confirm that MvC3 will be available to buy on Tuesday February 15th in North America, and Friday February 18th for those of you in Europe.

Furthermore, Examiner has uploaded a few photos on their website which they say is the official box art for the game.

We have seen quite a few fakes over the last few months, so hopefully this one turns out to be the real thing. Take a look below and let us know your thoughts on it. You’ll see that most of the characters revealed so far find their way onto the box art. 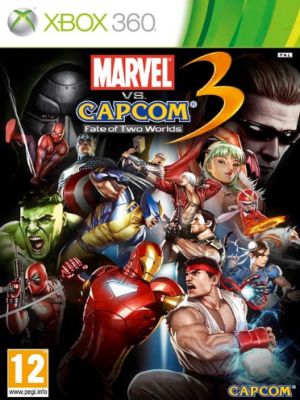 What do you think about the design, do you like it or not?