With the launch date approaching and the full roster for the much anticipated Marvel vs. Capcom 3: Fate of Two Worlds game having now been announced, you would think that we wouldn’t hear much more from Capcom. However, that doesn’t appear to be the case.

The developer now appears to have turned its attention to the first batch of DLC characters, which according to a recent examiner.com article by Jason Evangelho includes Jill Valentine and Shuma-Gorath. Capcom has also treated fans to official screens of the said characters.

Shuma-Gorath — who is the demonic enemy of Doctor Strange — is representing Marvel in the game, while Jill Valentine (one of the protagonists from Resident Evil) is of course a representative for Capcom. Both characters will be available for download shortly after launch. 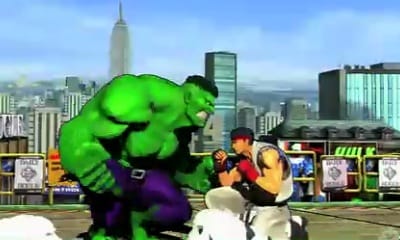 Although we also know that both characters will be available to those who purchase the Limited Edition of Marvel vs Capcom 3: Fates of Two Worlds. Jason Cipriano has written a rather informative article over on the multiplayerblog.mtv.com, which provides a full list of characters / moves.

As Jason notes, the list comes complete with all the characters’ special moves and hyper combos. The game — which will be available for the PlayStation 3 and Xbox 360 — will be arriving in a couple of weeks.