As you are probably aware the Tokyo Game Show 2010 is currently under way, today Capcom has revealed two more characters coming to Marvel vs. Capcom 3: Fate of Two Worlds.

These new characters are Tron and X-23, Tron appeared in the PlayStation game Mega Man Legends and the spin-off game The Misadventures of Tron Bonne, you can find out more about her here.

A for X-23 she is a female clone of Wolverine and has appeared in the Game Boy Advance version of X-Men: The Official Game, you can find out more about here.

Now that these two characters have been announced it makes the total of announced characters 20, this still seems a little low, so don’t be surprised if more are announced before the 2011 release.

We have embedded images showing you these newly announced characters below, I think X-23 will be a popular addition to the roster, do you? 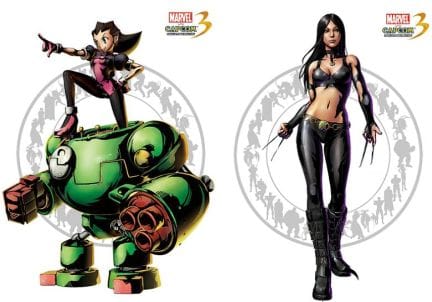