Last week Capcom treated fans to a few details about the upcoming DLC for its much-awaited Marvel vs. Capcom 3: Fate of Two Worlds game. As we previously mentioned, this included screenshots for the soon-to-be-added DLC characters: Jill Valentine and Shuma-Gorath.

According to a recent article over at computerandvideogames.com, Capcom has now released even more details about the upcoming DLC. The new DLC — which is due to be released sometime in March — will feature a new mode that has been dubbed “Shadow Mode.”

Shadow Mode will enable players to compete against custom-built computer opponents, who are said to be modeled after specific themed teams and famous players. There will be a series of downloadable content packs released, all containing three unique teams to compete against. 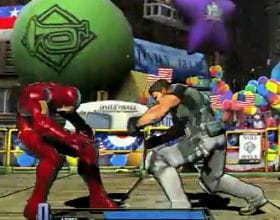 The very first DLC pack will include both the team and AI Personality of Ryota Niitsuma (the Marvel vs. Capcom 3 game’s producer), as well as the Shadow Mode teams for a QA team leader and the game’s assistant producer, Akihito Kadowaki.

As Richard George from uk.xbox360.ign.com recently reported, Capcom has also confirmed that Galactus will in fact be the final boss in the Marvel vs. Capcom 3 game. Although this may not come as a surprise to most, considering the details were already leaked out last week.

What do you think about the first lot of DLC?