A couple of weeks ago we brought you an article regarding the character list for the upcoming Marvel vs. Capcom: Fate of Two Worlds game, and how there were still ten remaining characters to be revealed. We can now tell you that Capcom has unveiled another two.

According to Oliver over at el33tonline.com, Capcom has just revealed that C. Viper from Capcom’s Street Fighter series and Marvel’s Storm, are the two new characters added to the character list. There are a couple of trailers for the new characters available to watch as well. 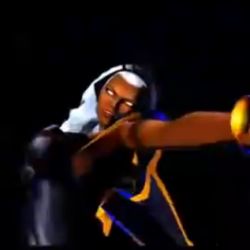 As reported by Garrett Hartman at ripten.com, Storm is a mutant, card carrying member of X-Men, whose powers enable her to fly and give her mastery of the weather. Crimson Viper (from Street Fighter IV) in the meantime is a sultry, secretive agent, with electrifying gadgets.

You can view the trailers and artwork via el33tonline.com. What do you think of the two new characters that have been added to the list? What characters would you like to see introduced next?