Firstly, let us get the big reveals out the way. We’re pleased to confirm that the classic symbiote costume for Spiderman has been included, and also Wolverine’s retro brown suit from the Astonishing X-Men comics.

Unlike Marvel Vs Capcom 2, Marvel has announced that each character will have 4 costumes, so the standard one and three other alternate outfits. Iron Man has been given his ‘Tin Style’ outfit, while there are also a few surprising costumes for Spiderman, Magneto and Wolverine as well. 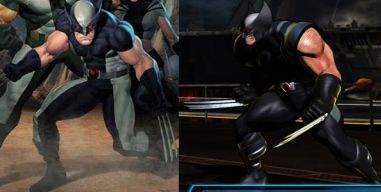 You can have a look at Marvel’s report here for further details, as well as more screenshots of the alternate costumes. What are your thoughts on the outfits so far? What costumes would you like to see added to the game?

We will update this article when more costumes are announced / revealed.