We are a bit disappointed to see that there is still no update on the missing Marvel Ultimate Alliance DLC release date on PS4, Xbox One and PC that we know many of you are waiting for.

The remaster recently launched on next-gen and PC, but inexplicably left out some of the crucial original DLC that was available on the Xbox 360 version of the game that added several extra playable characters.

We just wanted to make sure that this remains relevant and not pushed under the mat, as you can see from our example image below – fans are really desperate to find out what has happened to this DLC. 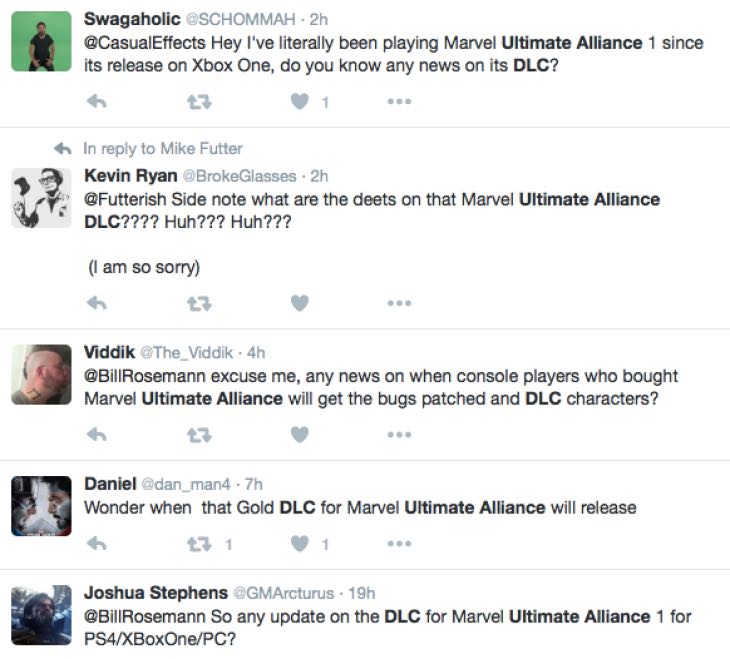 Activision said in their statement that it was on the way and it would be a free download, but they didn’t say when it would be available.

That statement was made at the start of August and three weeks later we have heard nothing since. Do you agree that a heads-up would be appreciated with just a status update for you so you know when to expect these characters?

Leave a comment and state which platform you are playing, if you are currently thinking about these missing characters every day.