If you’re still playing the Marvel: Ultimate Alliance 2 game and you still haven’t purchased the ‘Character & Sim Mission Pack’ DLC yet, then it might be worth downloading it very soon. According to reports, gamers have only got until December 31st to buy the said DLC pack.

As recently reported by Fred Dutton over at eurogamer.net, the ‘Character & Sim Mission Pack’ DLC, which provides an additional 5 characters and a bunch of brand new achievements, was originally launched earlier this year, but was only available for a limited time period. 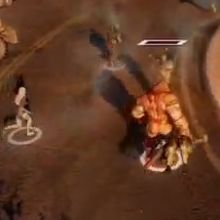 However, some fans complained when the initial deadline arrived, so Activision worked out a deal with Marvel to bring the DLC pack back. The DLC won’t be making a return once it gets pulled from the market on December 31st, so fans are being encouraged to buy it now.

If you do decide you want to purchase the ‘Character & Sim Mission Pack’ DLC before it finally gets pulled, then it will cost you 800 Microsoft Points on Xbox Live or £7.99 on PSN. Do you still play the Marvel Ultimate Alliance 2 game? Will you be buying the DLC?