If you love playing Marvel games on your mobile, you are going to be delighted with the following information. DeNA and Marvel are teaming up on Marvel Mighty Heroes for iPhone and Android – a four-player co-op game that is on the way soon.

There’s no exact timeframe yet on the release date, but it is coming later this year to the two platforms – no word on a Windows Phone launch yet, but that’s probably doubtful.

As expected, players will be able to choose from a crop of fighters from Marvel’s expansive library – a mixture of both heroes and villains. 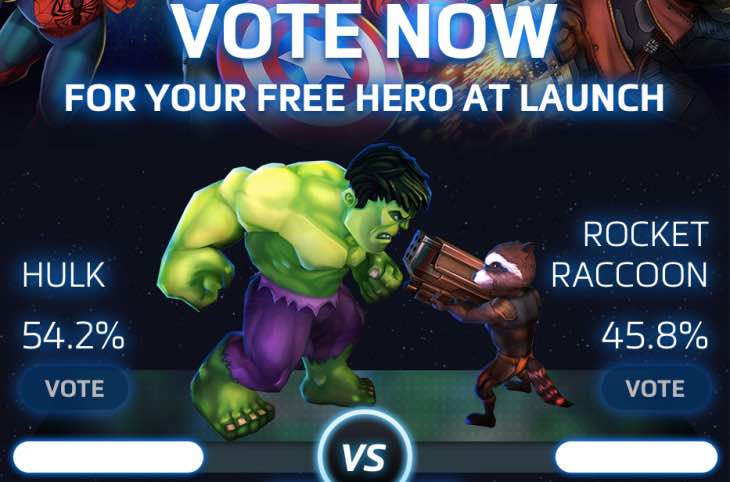 At the moment, fans can sign up on the official website for the game and also cast a vote on Hulk or Rocket Racoon to be included as a free character at launch.

So far, we can see that Hulk is unsurprisingly winning the vote by a significant margin – we hope that Rocket makes a comeback though as it would be nice to see more obscure characters in the game.

We’re assuming that Mighty Heroes will be free to play supported by in-game payments to level characters and unlock skill moves faster.

We’ll keep you updated with progress though once more details are out. Are you excited by this game? Check out the announcement trailer below and let us know what you think.