The developers at Gazillion have given Marvel Heroes Omega players a special treat, by releasing a free Daredevil DLC unlock and also a free costume to play around with.

We knew that Daredevil was being saved as an unlock on the PS Store close to the game’s full release, but players have been surprised to see that he is now unlockable as of the recent 1.05 patch. 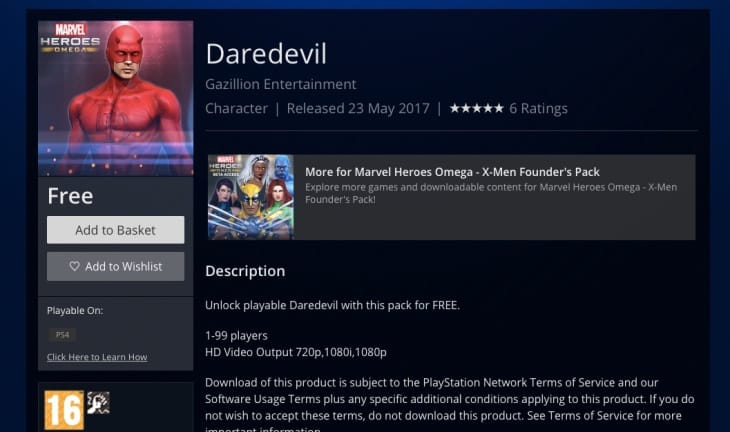 Not only that, but Gazillion has been extra generous as to give players a completely free Daredevil ‘Man without Fear’ costume as well.

It is worth pointing out that costumes usually cost players 950 Gs which is the real money currency needed for premium items in the game. 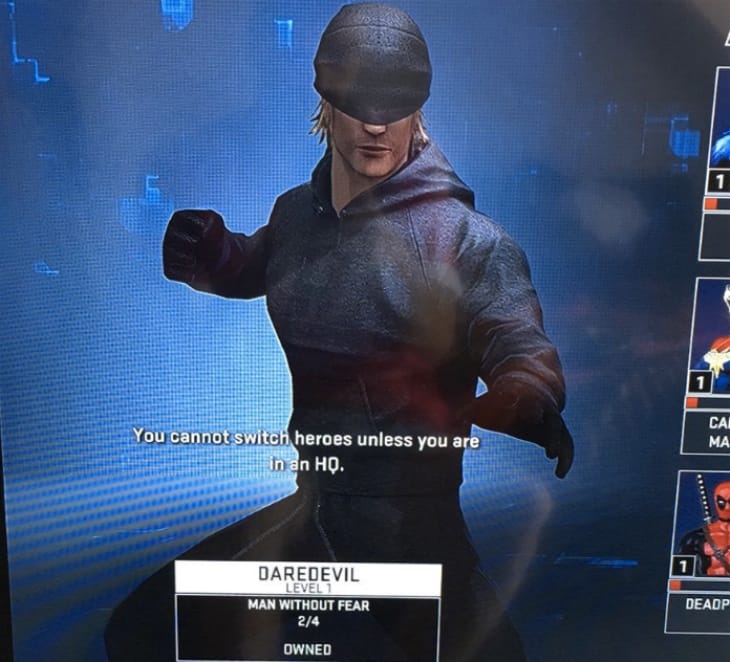 We are assuming that Gazillion wanted to provide a nice little reward for those that took part in the beta testing and so here it is.

We are having a great time with the beta ourselves, which is currently in the ‘Head Start’ phase where you can now start to level up your heroes and progress will carry on over to the full release.

Have you just gained access to Daredevil too? Let us know if you are having problems finding it, as it should be in the ‘Add-Ons’ section of the PlayStation Store and then ‘Latest Releases’.