With the release of the Marvel Heroes Omega open beta on PS4, developers Gazillion have introduced a new feature to the game with Marvellous Loot Boxes.

These are premium boxes which you have to spend real money on and open up with Gs which is the term for the game’s in-game currency – you can find them in the store section by pressing the touchpad on your PS4.

It costs 250 Gs for a single box or 1,000 Gs to buy a pack of 5 boxes. These boxes can contain rare materials and experience boosts but also very rare items such as Legendary Marks or even exclusive costumes if you are lucky enough.

We wanted to show you the general odds in a Marvel Heroes Omega Marvellous Loot Box opening video, so you know what to expect before dropping real cash on them.

We opened 15 boxes as you can see from our video above and managed to pull out the rare Iron Man Shotgun uniform and also the Scarlet Witch Age of Ultron uniform which isn’t too bad at all. 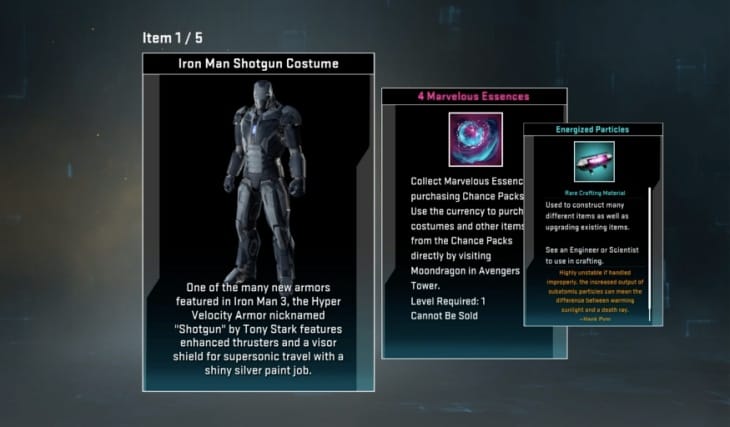 Each box also gives you 4x Marvellous Essence, so if you don’t get the costume you want inside the box you can still build up Marvellous Essence to buy it from Moondragon’s store which you’ll find next to the main storage units in Avengers Tower.

For a list of the rare exclusive costumes inside Marvellous Loot Boxes, see the image below: 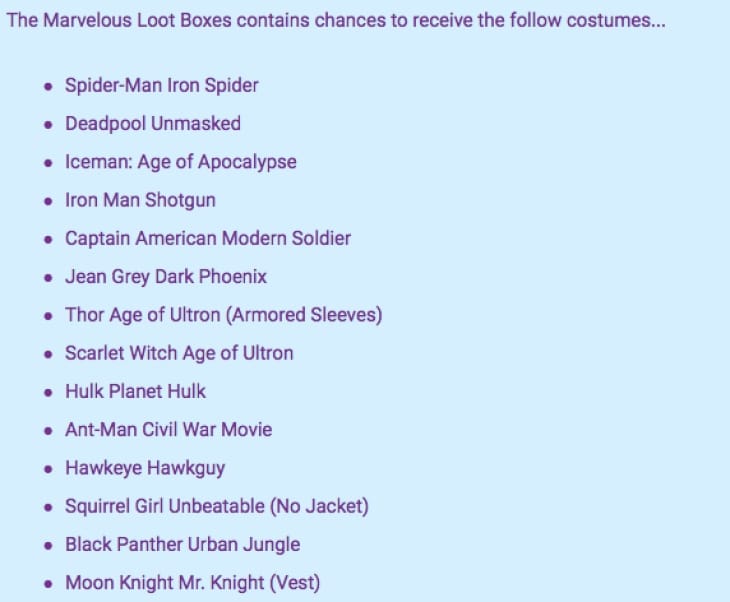 We would love to know your own luck with opening these boxes, so participate in the discussion section below and tell us what costumes you managed to win!

Should we unlock Iron Spider for you guys to test him out?