Developers Gazillion are keeping the new content coming for Marvel Heroes Omega on console and we’re pleased to say that for the upcoming tie in with the Thor Ragnarok movie, Loki will be playable this week in a new update.

We have a preview of that content for you now as of course, Loki has been playable in the PC version of Marvel Heroes Omega for many months so we already know what he is going to be bringing to the table.

For console owners though, this is going to be exciting. Loki is a very versatile character with multiple play styles.

You can decide whether you want to use his magical sword Gram to take on enemies up close and personal, or do your business from afar by making use of Loki’s various spells and illusions as the God of Mischief.

You can see some of the abilities in the previews here released by Gazillion recently and you’ll agree that they look fantastic.

As an added treat, you’ll also be able to unlock Loki’s costume from Thor Ragnarok as well which you can see an early preview of below. 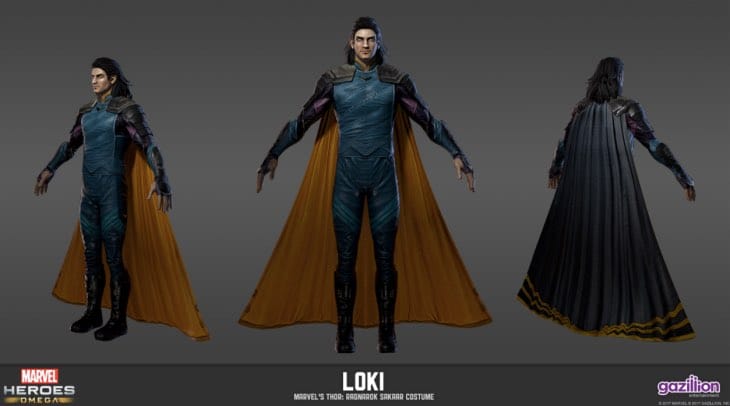 Loki will be coming to Marvel Heroes Omega on October 19 in a new PS4 update which will also include Hulk as a new Omega Prestige character.

Let us know your thoughts on this and if you will be unlocking Loki straight away!