Update: We have some updated details on how to get into the Marvel Heroes Omega beta on PS4 and Xbox One! Yes, Xbox will be included! Skip below for details:

Original article: Marvel fans have just had a massive announcement this week with the confirmation that Marvel Heroes is coming to PS4 and Xbox One under the new name Marvel Heroes Omega.

The free-to-play game from Gazillion has been hugely successful on PC and now this Spring you will be able to play it from the comfort of your living room.

What we wanted to tell you straight away though is that a closed beta has been confirmed. We know that the Marvel Heroes Omega beta release date will be on PS4 very soon but it looks like Xbox users may have to wait longer. 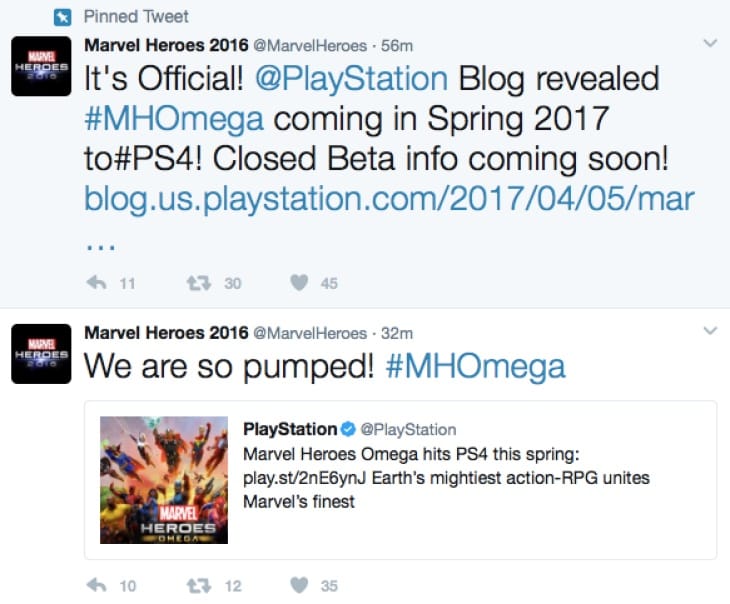 Pay attention to the announcement tweets from Gazillion, notice that there is no mention of Xbox there.

We know that the game is coming to Xbox One, but could there be a possibility of Sony once again having timed-exclusive rights to Marvel Heroes Omega?

Take this with a pinch of salt, but for now we wouldn’t be surprised if the beta is coming out on PS4 first. We will update this article once we have details on the beta but for now give us your reaction to the announcement.

PC players, is this a game that PS4 gamers should definitely buy? How is the free-to-play structure and how much can you actually do without spending real money?

Update: Here is some information on what you need to do to secure access to the beta –

The developers also confirm that an Xbox beta is planned but as we assumed above, it looks like PS4 players will get access first.