Update: We are happy to confirm that a new Marvel Heroes Omega 1.15 update is now available to download on PS4 and Xbox One. Skip to the bottom of this article for the patch notes when Gazillion release them – this update includes Black Bolt as a playable character!

Original article: Marvel Heroes Omega is the super enjoyable new game from developers Gazillion, a long awaited console port from the PC version which is still being played by millions of gamers worldwide.

Marvel Heroes Omega will be available for PS4 first, followed by a release on Xbox One later in the year. Some players have been lucky enough to get into the closed beta test though and we can already see that Gazillion has been busy updating the game with new fixes.

Current version of Marvel Heroes Omega: The game is now on version 1.14 on PS4 which arrived at the end of September bringing the Age of Apocalypse event to the game with tons of new content to enjoy. 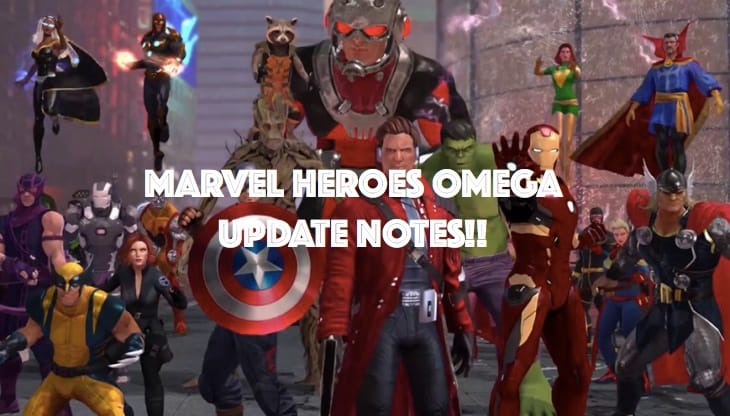 With that said, what do you want to see for the next version of Marvel Heroes Omega which should be 1.15 on PS4?

Keep checking this page as we will update it with the Marvel Heroes Omega 1.15 patch notes as soon as they are available from the developers – they will also appear here on the official Marvel Heroes Omega forums once the update has gone live on consoles so look out for that too.

Do you love this game at the moment? If you are playing it, tell us how to improve it in future updates and if Gazillion decide to skip versions from 1.14 to 1.16!

Update:  A new MHO update is live as of October 5, 2017. It is just over 1GB in size on PS4, but we are hearing 8GB for some Xbox One owners which is strange! The patch notes will be live soon and we will add them below here asap.

Note that you can also head to the PS Store or Xbox Live Marketplace and purchase the Black Bolt Inhumans pack if you want to unlock him as a playable character along with his Marvel Now costume.