We have some good news and bad news for Marvel Future Fight players now. The good news is that we can confirm that a new update is coming this week on August 26, adding She-Hulk, Nico Minoru and Singularity to the game as previously revealed.

On top of the three characters, Netmarble will also be adding a vast array of new Secret War costumes to Future Fight. These include the likes of Groot, Captain America, Captain Marvel, Kingpin and Bullseye.

This information was also leaked in advance and you can recap that information here which reveals which type of costume the hero will get – Groot as Thor and Zombie Venom for example. 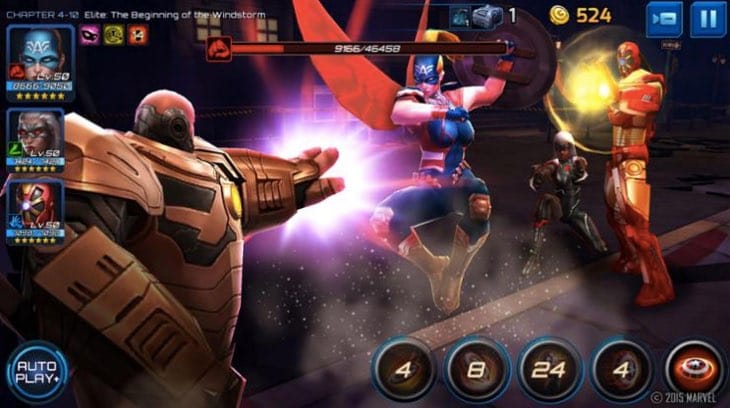 Finally, this update will also add the new PVP mode we revealed which will officially be called ‘Taskmaster’s Killiseum’ in Marvel Future Fight.

Previously, leaked information suggested that this would be called ‘Battle World’ but now it seems that Netmarble has come up with a swankier name whilst also perhaps confirming Taskmaster as a playable character in the near-future. 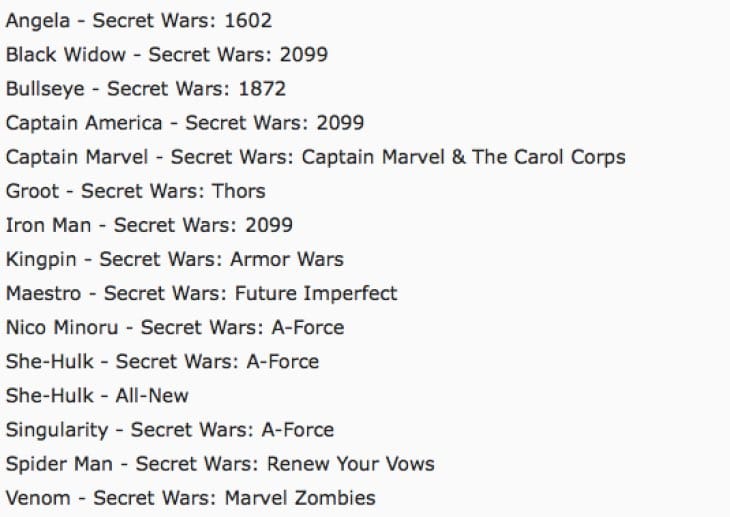 While all of the above sounds great, the bad news is that Netmarble will be making a major change to the Honor and Chaos Token shops – a change which most of you will probably agree is a bad one.

We can tell you that Netmarble will be removing all characters from the two shops except Captain Marvel on the Honor shop, Hulk on the Chaos shop.

Instead, the developer will be introducing Honor Chests and Chaos Chests in Marvel Future Fight. Each chest will cost 165 tokens to buy for each store and will contain 1-3 bios of selected heroes.

In other words, Netmarble are removing the ability to gain 3 guaranteed bios for 500 tokens and replacing that with a random chance to get 1-3 bios for 165 tokens from a pre-set list. 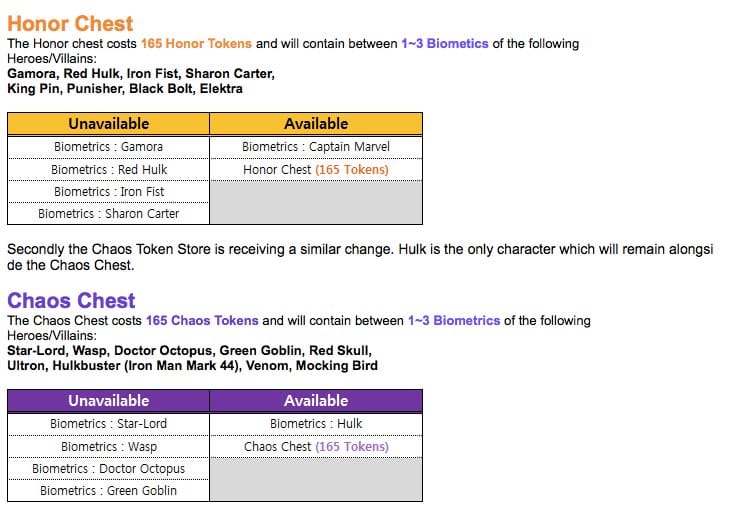 This list will be the characters that have previously appeared in both stores. So that means Hulk, Star-Lord, Wasp, Doctor Octopus, Green Goblin, Ultron, Hulkbuster, Red Skull, Venom and Mockingbird inside Chaos chests.

These are confirmed changes as you can see on Netmarble’s official forums for the game. We’re assuming that they will be going live with the next update this week so you may want to start spending those tokens that you have been hoarding for weeks before the changes are made.

Now you see what we mean about good and bad news. Give us your thoughts on all of the changes and whether you will now decide to ‘cash in’ and get characters such as Star Lord, Wasp and Green Goblin to 5-star or 6-star.

Update: Full update notes have been revealed here. Token shop changes may be bad, but there is definitely plenty of good stuff on the way so it isn’t all bad.